Over 10 years we have helped companies streamline their ICT infrastructure. We are here to provide you with the right tools to stay ahead of the competition.

The new version is the third iteration of the GPT-3 model, which was first released in June 2020. GPT-3 is an open-source language model that uses natural language processing (NLP) to generate text from an input.

Davinci-003 is the most powerful version of GPT-3 yet and has been trained on a massive amount of data. It is capable of understanding a wide variety of natural language inputs and can generate coherent text from it.

The new model is also capable of performing tasks such as translation, summarization, question answering, and more. It is being touted as a potential game-changer for natural language processing (NLP) and artificial intelligence (AI) research.

How does the newly released Open AI’s Davinci-003 compare to Davinci-002?

The Open AI’s Davinci-003 is an improved version of the previous Davinci-002 model. The new model has been enhanced with more powerful artificial intelligence capabilities and a larger number of weights, allowing it to solve more complex problems. It also includes additional layers of convolutional neural networks and a faster training process, allowing it to learn faster and more accurately. Compared to Davinci-002, the new model can generate more accurate and realistic images and is better equipped to handle tasks such as image processing, object recognition, and natural language processing.

Open AI is releasing the model to a select group of developers and researchers in an effort to increase its use and to further develop the GPT-3 model.

The potential applications of the new GPT-3 model are vast and could revolutionize the way we interact with computers. It could be used to create more natural-sounding voice assistants, develop more efficient search engines, automate customer service tasks, etc…

In addition, some experts believe that the model could be used to help automate the process of writing articles, essays, and other documents.

As the GPT-3 model continues to evolve, its potential applications are only going to increase. With the release of Davinci-003, Open AI has created a powerful tool that could have a significant impact on the world of Natural language processing in artificial intelligence. 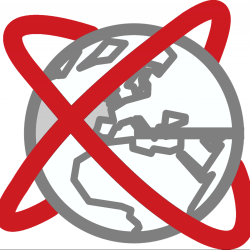 What Is a Trusted Platform Module (TPM), and Why Do I Need One for Windows 11?

5 Ways to Optimize Your Cloud Computing Strategy for Business